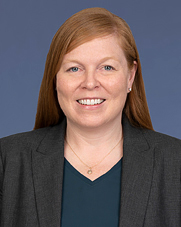 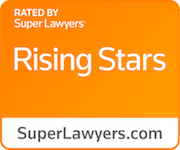 Emily Madueno focuses her practice on eminent domain and inverse condemnation matters. She is experienced in advising both landowner and public agency clients in all aspects of an eminent domain matter. Ms. Madueno also represents and advises clients in land use litigation matters, including environmental disputes.

Ms. Madueno has been recognized as a “Rising Star” in Los Angeles magazine’s Southern California Super Lawyers edition 2015 to 2022.

Target Corporation adv. L.A. County Sanitation District No. 2 – Represented Target Corporation in an eminent domain action brought by County Sanitation District No. 2 of Los Angeles County.  The District acquired a subsurface easement across the parking lot of Target’s San Pedro retail store.  The case settled before trial, with the District rewriting its subsurface easement to allow Target to develop outparcel pads in its parking lot, plus the District’s cooperation with entitlements for that development.  (May 2018)

Nyenhuis Family Investments, LLC v. County of San Bernardino – Represented the Nyenhuis Family – – owners of a 60-acre dairy farm in Chino – – in an inverse condemnation action against the County of San Bernardino relating to expansion of the Chino Airport.  After getting the County to concede liability, our team achieved an arbitration victory of nearly $48 million in just compensation and attorneys’ fees for the family.  (Feb. 2017)

Riverside County Transportation Commission v. 2410 Wardlow Property, LLC – Represented the Daleo Family – – owner of a multi-tenant commercial/retail property along the 91 Freeway – – in an eminent domain action brought by RCTC.  RCTC sought to condemn a portion of the property to widen the 91 Freeway in Corona.  RCTC originally offered $1.111 million.  The case settled before trial for $4.7 million.  (Jun. 2015)

Riverside County Transportation Commission v. Charlie R. Webb, Rosina G. Webb, et al. – Represented the landowner in the City of Corona.  The Webb Family operated Unique Designs, a successful outdoor patio and landscape art and furniture business, on the property for over 21 years.  RCTC sought to condemn a portion of the property for its SR-91 widening project.  RCTC valued the property at $886,000 and valued the lost goodwill at $84,000 for a total of $970,000.  The case settled before trial for $1,796,318. (Jan. 2015)

Caltrans v. Javad N. Sani, M.D., & Parvin Nahvi, M.D. – Represented owners of three ocean- and pastoral-view parcels totaling 13.47 acres off Highway 1 in San Simeon.  Caltrans sought to condemn portions of two of the three parcels for its State Route 1 Realignment Project.  Caltrans initially offered $1,073,800.  It later valued total compensation for the part takes at $4,000,200.  Caltrans ultimately agreed to pay $6,440,000 for full takes of two of the parcels, preserving the owners’ ability to seek compensation for the taking of, and damages to, the third parcel.  (Mar. 2014)

City of Lake Forest v. Alexander S. Rados, Trustee – Represented the landowner in an eminent domain action brought by the City of Lake Forest.  The City condemned the Rados Family’s property – – a little over 13 acres – – for a new sports park.  The City valued just compensation for the expert exchange at $6.665 million.  The case settled for $15.4 million.  (Apr. 2013)

Roll Properties LLC and Carmenita SFS Property LLC adv. Caltrans – Represented owners of a 210,271-square foot, 62-unit business park in Santa Fe Springs along Interstate 5.  Caltrans sought the business park for the I-5 widening project.  After establishing the necessity for a full take, the case settled for $25.5 million, while preserving the client’s ability to seek substantial additional precondemnation damages and reimbursement of environmental remediation offsets. (Feb. 2011)

People of the State of California, by and through the Department of Transportation v. Westminster Lodging, Inc. – Represented a Budget Inn hotel along Interstate 5 in Santa Fe Springs. Caltrans condemned a portion of the hotel property for its I-5 widening project. Caltrans initially offered $84,000. The case settled a few weeks before the jury trial was to begin for total compensation of $4.6 million to our client.  (Nov. 2011)

Fresno Unified School District v. International Church of the Foursquare Gospel, et al. – Represented the denomination, a local Fresno congregation, and its Pastor against the District.  The District condemned the church’s property for a new elementary school.  The District initially offered $410,000.  The case settled for total just compensation of $1,350,000 for our clients.  (Feb. 2012)

People of the State of California, by and through the Department of Transportation v. Renfroe, et al. – Represented Games for Fun, a retailer and manufacturer of game room tables and accessories, in an eminent domain action brought by Caltrans.  Caltrans condemned a portion of the business’ property for the I-215 widening project.  After two partial abandonments by Caltrans, the Court awarded our client litigation expenses and the case settled favorably for our client.  (Nov. 2011)

People of the State of California, by and through the Department of Transportation v. Altmans, et al. – Part of the trial team representing the owner of an RV dealership.  The condemning agency, Caltrans, initially offered $958,000.  The case settled one week before the jury trial was to begin for total compensation of $7.85 million to our client.  (May 2009)

City of La Puente Redevelopment Agency v. Gudzunas, et al. – Part of the team representing the owner of a three acre retail shopping mall developed in the 1950s.  The condemning agency, the City of La Puente Redevelopment Agency, initially offered $3.55 million.  Our team negotiated a lost rent agreement which insulated our client from any loss of income during the litigation.  The case then settled on the eve of jury trial for total compensation of $6.2 million to our client.  (2008)

County of Riverside – Assisting the County with the condemnation necessary for infrastructure improvements.

City of Los Angeles, acting by and through its Department of Water & Power v. Indian Ridge LLC – Provided condemnation counsel to the Department to ensure the protection of the First and Second Los Angeles Aqueducts.  (Dec. 2016)

Orange County Flood Control District v. Moreno – Assisted the District with condemnation required to complete the Prado Dam Project.  Represented the District at a bench trial on the amount of just compensation due (jury trial having been waived by the property owner).  Obtained judgment for an amount less than the District’s final offer and within a few thousand dollars of the District’s appraised value.  (Dec. 2014)

Orange County Flood Control District adv. Vander Dussen – Advised the District with acquisition of a large, operating dairy for the Prado Dam Project, and avoided litigation.  The acquisition price of over $30 million was less than the District’s initial agency appraisal.  (2010)

Hollywood Hills, LLC – Advised a partnership that owns property on a hillside near the Hollywood sign.

Selected for the “Distinguished Service Award (aka President’s Award)” for Chapter 57 of the International Right of Way Association (2020/2021).

Selected for the “Sustaining Member Service Award” for Chapter 57 of the International Right of Way Association (2017/2018).

“Owner’s Silence in the Face of Lender’s Withdrawal of the Deposit does Not Equal Waiver of Owner’s Claims and Defenses” – Murphy & Evertz E-Alert (December 1, 2011).

“Can Having a Plan Qualify as Bad Planning?  Public Agency Proves It Lacks A ‘Plan,’ and Dodges Precondemnation Damages Liability, Despite Its Acquisition Program” – Murphy & Evertz E-Alert (April 26, 2011).

“Is That Your Final Offer?  Agencies Beware A Final Offer Amounting to Less Than 60% Of The Compensation Awarded” – Murphy & Evertz E-Alert (December 3, 2010).

“An Oral contract Worth More Than the Paper It’s Not Written On?  Lack of a Written Lease Not Fatal to a Tenant’s Claim for Lost business Goodwill” – Legal e-Update (June 25, 2009).

“Don’t Let the Door Hit You on Your Way Out: Federal Court Door Closed to Inverse Condemnation Actions Against the State” – Legal e-Update (April 25, 2008).

Speaker, “Surplus Property Disposition: How to Win the Game for Your Agency . . . And Stay Out of Jail,” 2011 IRWA 57th Annual International Education Conference, Atlanta, GA (June 13, 2011).