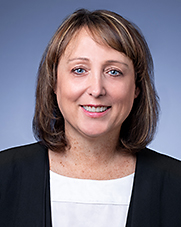 Jennifer McClure specializes in the trial of eminent domain and inverse condemnation matters, including pre-condemnation delay and loss of business goodwill. She has represented a variety of corporations, landowners, and public agencies in real estate valuation law and environmental disputes. Her litigation experience includes representation of developers in variety of construction defect litigations and national insurers in numerous environmental coverage actions.

City of La Puente Redevelopment Agency v. Gudzunas, et al. – Representation of the owner of a three acre retail shopping mall developed in the 1950s. The condemning agency, the City of La Puente Redevelopment Agency, initially offered $3.55 million. Our team negotiated a lost rent agreement which insulated our client from any loss of income during the litigation. The case then settled on the eve of jury trial for total compensation of $6.2 million to our client.

Caltrans vs. Calvary Deaf Church and the Southern California Assemblies of God – Represented defendant congregation and denomination concluding in a $4.6 million settlement, just one week before a scheduled three week jury trial. Caltrans had previously offered no more than $1.6 million and had planned to argue at trial for a $770,000 value. The final settlement is well more than five times this figure.

People of the State of California, by and through the Department of Transportation v. Canyon Springs LLC (Riverside County Superior Court) – Represented landowner Canyon Springs LLC. Caltrans offered $1.1 million for 3.79 acres of land near the 1-215/State Route 60 interchange. The case settled one week before trial for $3.8 million.

Inland Valley Development Agency vs. JAKS, LLC – Represented JAKS, a shopping center developer, in a condemnation matter over a l0-acre parcel of land located along the 1-10 expressway in San Bernardino. The Agency condemned the property in order to convey it to another developer who built a Sam’s Club. The Agency believed the property was worth $1.9 million due to access issues. The case settled one-week before trial for $3.45 million.

Paramount Unified School District v. McLane Manufacturing, Inc., et al. (Los Angeles Superior Court (Central)) – Represented manufacturer of high-end lawn mowers and the largest employer in the City of Paramount in a condemnation matter. Settled case for $5.58 million, which is more than twice what the school district had originally offered.

Santa Ana Unified School District v. Bouchier, et al. (Orange County Superior Court) – Represented the Bouchier family in connection with the taking of an 8.3 acre parcel of land, which will be the future site of an elementary school. The case settled for $6.2 million.

People of the State of California, by and through the Department of Transportation v. Jack Wade and Cowboy Boogie (Orange County Superior Court) – Representation of business owner facing condemnation.

Lippert v. People of the State of California, by and through the Department or Transportation(Fresno County Superior Court) – Representation of landowner in inverse condemnation action.

City of Los Angeles – Los Angeles World Airports – Special counsel to the City Attorney on condemnation and eminent domain related real property issues at the Airports. This ongoing work includes issues not only at LAX, but Ontario and Palmdale Airports.