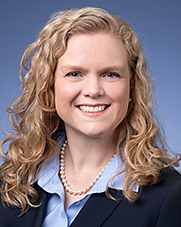 Ms. Dienhart recently spoke at the International Right of Way Chapter 57 regarding eminent domain at the Supreme Court.  She has also co-authored articles regarding the United States Supreme Court eminent domain decision in Kelo v. City of New London and appropriate dates of value.  Ms. Dienhart was named in Orange County Metro magazine’s 2014 “Top Attorneys” List in the category of real estate law.

G6 Hospitality Property LLC adv. City of Carpinteria – Represented owner and operator of Motel 6 property in Carpinteria, California, facing condemnation of a portion of their property for a bridge reconstruction project.  The City initially offered $27,800.  The case settled for $500,000, plus reductions to the scope of the easements taken.

B & H Education dba Marinello Schools of Beauty v. Los Angeles County Metropolitan Transportation Authority – Marinello was a cosmetology school operating as a tenant in a building on Wilshire Boulevard in the City of Los Angeles. Marinello was displaced by LACMTA and forced to relocate as a result of LACMTA’s Westside Subway Extension Project. LACMTA failed to initiate a direct condemnation action, forcing Marinello to file an inverse condemnation proceeding.  In a bench trial, LCMTA was found liable for inverse condemnation and Marinello proved it was entitled to claim compensation for loss of business goodwill.  The case subsequently settled for $2,500,000.

People of the State of California by and through the Department of Transportation v. Plaza West Covina et al.– Represented the landowner in an eminent domain action brought by Caltrans.  Plaza West Covina owns a freeway-prominent 11,258 square-foot retail pad in the City of West Covina.  Caltrans sought a full-take of the property for its Interstate 10 high-occupancy vehicle lane project.  Caltrans’ initial offer was $3,136,000.  The case settled before trial for $7.8 million, plus costs in the amount of $10,925.

Orange County Transportation Authority v. Lakeview Orchard Association – Represented the Lakeview Orchard Association, and its members, in an eminent domain action brought by OCTA for its Lakeview Avenue Grade Separation Project in the City of Placentia.  OCTA initially offered $743,000 for the taking of two easements and severance damages.  The case settled before trial for $1,975,000 in compensation for the takings, and damages, plus costs of $10,843 and interest of $4,256.

3187 Redhill LLC; M2 Freeway LLC; ICC LLC adv. Caltrans – Represented owners in an inverse condemnation action against Caltrans.  Owners 3187 Redhill LLC, M2 Freeway LLC, and ICC LLC held fee title to a 408,593 square foot property in Santa Fe Springs.  Owners claimed lost tenants and potential tenants, could not sell the property, could not execute their business plan and suffered a decrease in the income the property produced as a result of Caltrans’ unreasonable pre-condemnation conduct and unreasonable delay in filing its eminent domain action.  The parties entered into a settlement agreement ultimately requiring Caltrans to pay $38 million for a full take of the property.  Caltrans also agreed to compensate owners for lost rent in a rental agreement. (2014)

People of the State of California by and through the Department of Transportation v. Capricorn Realty, Inc., et al. – Represented owners of a quick service restaurant property in the City of Norwalk.  Caltrans sought to acquire the property for the I-5 widening.  Caltrans’ initial offer was $460,000.  The case settled before trial for $1,832,000.

City of Santa Fe Springs v. PPF Industrial – Assisted with representation of Morgan Stanley/PPF Industrial, the owner of a 17-acre industrial park, a portion of which was condemned for a grade separation project.  The condemning agency initially deposited $516,000.  The case settled for $2,750,000.

City of Riverside v. PSIP Magellan I, LLC – Represented industrial real estate owner in the City of Riverside.  The City sought to acquire portions of its property for a grade separation project.  The City’s initial offer was $568,200.  The case settled before trial for $1,250,000.

People of the State of California, by and through the Department of Transportation v. Altmans, et al. – Represented the owner of an RV dealership against Caltrans. Caltrans initially offered $958,000. The case settled one week before the jury trial was to begin for total compensation of $7.85 million.

People of the State of California by and through the Department of Transportation v. Steiny – Represented Steiny & Co. (and its owners) in an action brought by Caltrans to acquire portions of Steiny’s property in Baldwin Park for the I-10 widening. Caltrans’ initial offer was $151,000. The case settled prior to trial for $600,000.

People of the State of California by and through the Department of Transportation v. Bayport Imperial Promenade, et al. – Represented business owners facing condemnation of a portion of their leased land and loss of business goodwill.

Riverside County Flood Control and Water Conservation District adv. Goeppinger – Successfully defended the District in an inverse condemnation and nuisance case at a legal issues trial resulting in a defense judgment on three of four claims.

Co-Author, “Does Anybody Really Know What Time It Is? Deposits and Dates of Value in a Post-Kelo World,” Article included with the Los Angeles County Bar Association Eminent Domain Section Lunch materials, May 16, 2006.